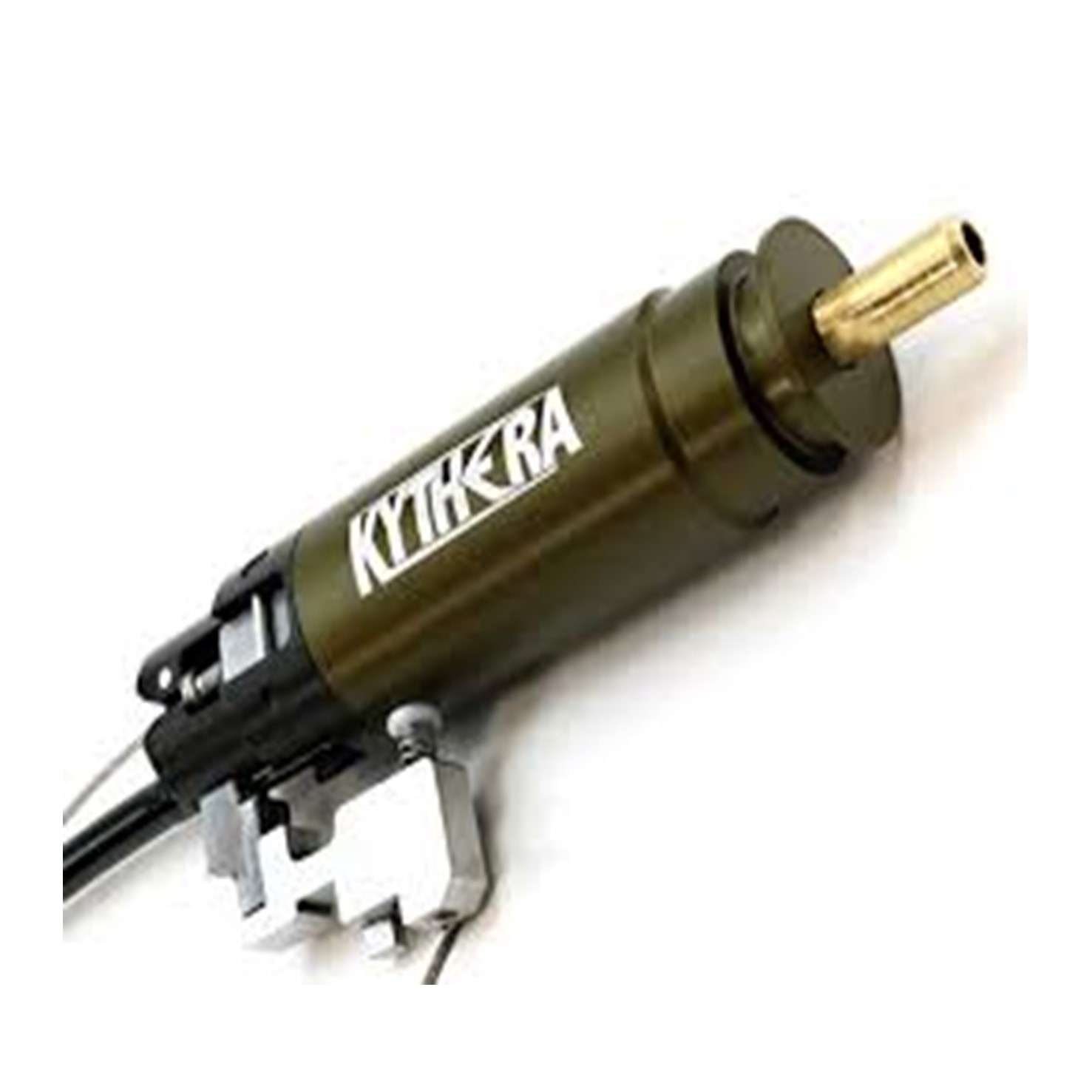 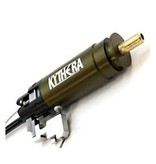 The Kythera has been the most eagerly anticipated products from PolarStar in the past decade. This HPA system is a radical departure from all previous systems that PolarStar has produced since the Kythera does not use a battery, an FCU or any type of electronics. The Kythera is completely mechanical. This means you never have to worry about charging batteries or work with delicate electronics. It also means that the system is completely waterproof.

The name "Kythera" (ky-the-ra) was derived from the Antikythera Mechanism which is a mysterious device that was discovered by sponge divers off the coast of the Greek island Antikyther. The mechanism was so advanced in design that scientists have been studying it for decades to discover its purpose. The machine dates from around the end of the 2nd century B.C. and is the most sophisticated mechanism known from the ancient world. Nothing as complex is known for the next thousand years. The Antikythera Mechanism is now understood to be dedicated to astronomical phenomena and operates as a complex mechanical "computer" which tracks the cycles of the Solar System.

For this reason we used the name Kythera for the valve mechanism at the core of a new line of PolarStar mechanical HPA systems. Although it contains very few parts and is easy to install and maintain, the system incorporates a very intelligent design and is unlike anything else on the market. The system was designed as a mechanical system from the ground up and uses a realistic trigger mechanism which can be applied to single-shot, semi-automatic and fully-automatic systems.

The first of these systems is Kythera SA (Semi-Automatic), the semi-auto-only variant for use in AEG gearboxes.

What sets this system apart from other mechanical systems is the design of its trigger. The trigger mechanism is designed to replicate the function, weight and feel of a real single-action firearm trigger. It feels real because it is real. The tool steel sears catch and release the firing valve in the same way the sears of a real firearm catch and release the hammer or striker. This gives the Kythera trigger the distinct break and reset you would expect when firing a real single action firearm. The trigger mechanism in the Kythera SA is also adjustable, allowing the user to fine tune the weight and over travel. Additionally, the internal firing valve is balanced and the only force applied during firing is the main spring. This means the function and feel of the trigger is independent of input pressure and velocity.

The design of the Kythera SA completes a shot cycle on the trigger pull. It does not require the trigger to be released before the nozzle chambers the next round and the firing volume is refilled. This occurs automatically and consistently every shot, with adjustable nozzle dwell and return speed.

As the system resets and recharges immediately after firing, it is ready to fire again before the trigger has been released. This means the system can cycle very quickly for faster follow up shots and a lower potential for double feeding.

The Kythera valve design operates without the need for air to control the opening or closing of the valve. Without a pilot valve, 100% of the air going into the system is fired through the nozzle allowing it to operate very efficiently. In addition to being extremely efficient, the system is also extremely consistent. The valve is released at the same point every shot with the same force applied, regardless of trigger input.

The Kythera SA system installs into a standard gearbox as a single assembly and without modification to the gearbox. There are no separate parts to install and the only parts needing to be retained from the gearbox is the trigger, spring guide, selector and safety components.

The Kythera boasts a wide operating pressure range and can operate between 60 and 180psi. Within this pressure range we observed a muzzle velocity of 270 - 500fps w/ .20g using a 6.05x380mm barrel.