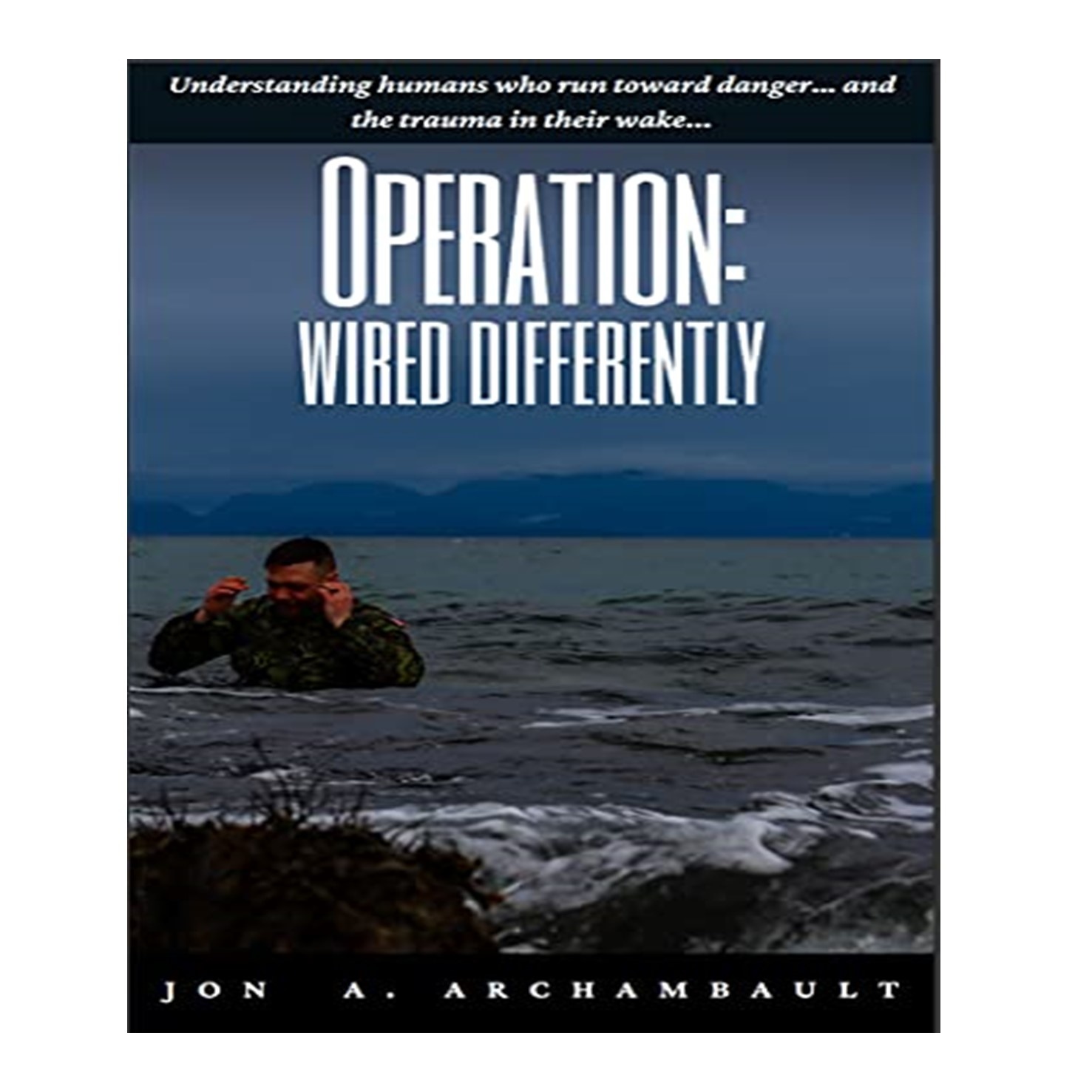 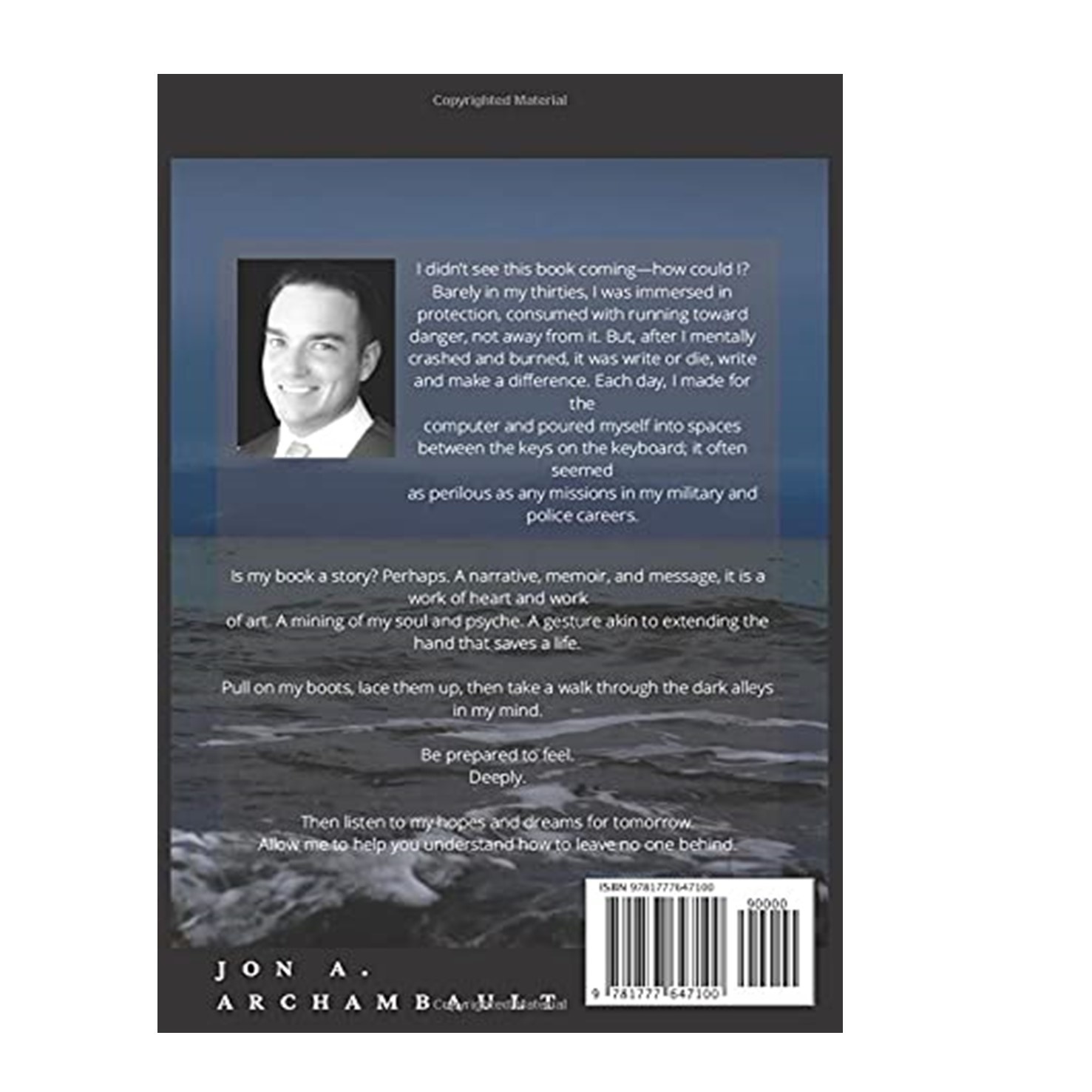 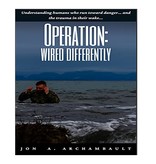 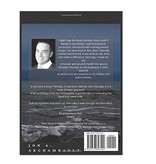 “I am your peace. I am your safety. I have become my worst nightmare.”

When citizens regard peace and safety as a right, communities need soldiers, police and corrections officers, paramedics, firefighters, and frontline hospital personnel: key responders. But, the human mind is not always able to cope with the day after day, month after month, year after year, of filling this role.

Special Operations Forces and civic policing brought Jon Archambault to his knees at the wall of trauma. Immersed in protection, consumed daily with running toward danger until his mind and body wouldn’t, he encountered the first responder’s nightmare: Operational Stress Injury, in his thirties no less.

What followed was a dual pathway: therapies and a call to a new duty: write or die, write and make a difference—which often seemed as perilous as any missions in his military and police careers.

Compelled to share so that he can continue to serve country, honour colleagues and, perhaps, save lives—including his own—Jon Archambault curates an ‘on the page’ release of story: an open mic version of his life in a blend of creative acts including briefings, factual narrative, prosaic essay, poetry, a screenplay, and even a playlist—think John McCrae (Flanders Fields) meets Tony Robbins (bold advocate).

The book is a gesture akin to extending the hand that saves a life. In his quest and request for people to understand Operational Stress Injury (OSI) and Post-traumatic Stress Disorder (PTSD), to grasp the role of first responders who are at risk or have already been diagnosed, Jon gives a boots on the ground account of what life is like, and assigns a role to readers so that they can assist those who put their lives on the line for peace and safety.

In the nice restaurant…
Perfect for romancing my love,
I have to sit with my back to the wall.

I register two exits.
Staff and clients combined number 26.
I analyze their behavior,
While partially attending my wife,
Who I am keenly aware,
Feels my absence.

She suffers in silence.
She married a man in uniform,
Knows its threads are woven into me,
Beneath my trendy jeans and soft, civilian pullover.

After our dinner date,
We will drive home,
And,
At all times,
I will know the make and model behind us,
How many passengers,
The distance they follow,
See them as clearly as my steady hand which rests on the wheel.

Last year, when she gave birth to our son,
When I followed her magnificent body down the hospital hallway,
My vision faded for a moment or five,
And I saw a man who’d been shot,
In a gang war,
Over territory.

Tomorrow, she will see the beauty in the park near our house,
Nature in full glory,
And marvel over the size of a maple.
I might even carve our initials in its trunk,
But before I can get to the heart that surrounds us,
I will remember the man who was stabbed,
Because he refused to give up his wallet.

Peace is preceded by negotiation and active duty,
Even when it appears that it has simply been established.
While the contract (of peace) has been signed, sealed, and delivered,
To ensure a safe land, with protected borders,
The bargain is maintained,
By the career soldier,
In situations,
Unknown to,
Joe Canada.

Without the uniform,
The one worn for every-single-citizen-in-Canada,
(For this land is your land and this land is my land, this land was made for you and me),
I still carry the weight.

I signed up to serve my country,
For the greater good...
To die for her.

If you are waiting for a way to answer your own call to duty, to serve your community and your country, then your willingness to understand has the potential to make you a gamechanger in the lives of others.