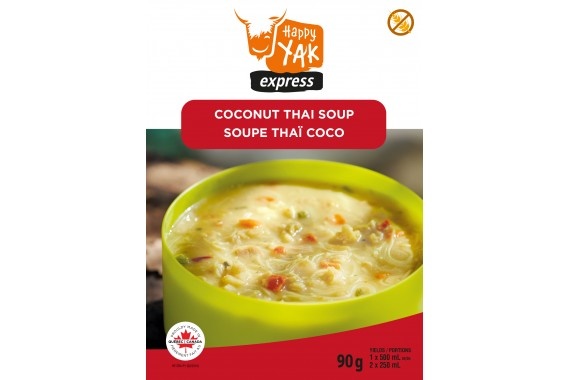 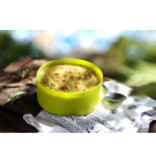 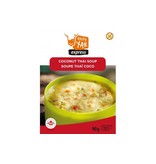 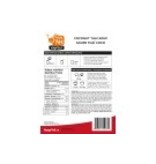 With itsexotic aromas, its generous portion of noodles and its thick coconut milk broth, this soup is none other than a heavenly combination!

In Thailand, soup is considered a health food as it strengthens the immune system. Not only does it play a key role in the fight against influenza, it leads to vasodilatation which in turn helps blood to flow more easily.

Thai cuisine is somewhat similar to Chinese, Indian and Burmese gastronomy. However, its uniqueness resides in its use of curry, mint, lemongrass, coriander and red basil. 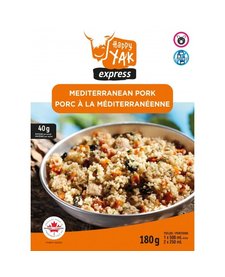 Happy Yak Freeze Dried Meals Mediterranean Pork
C$11.99
Couscous galore with generous chunks of braised pork, dried fruit, green and black olives, tomatoes, vegetables and spices that will no doubt tickle your taste buds and awaken your appetite. If you like sweet and salty, the exotic, and colourful dishes, y 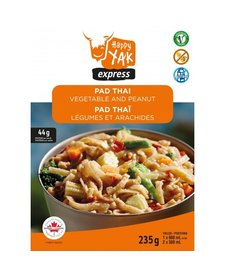 Happy Yak Freeze Dried Meals Vegetarian Pad Thai
C$11.99
The Asian-inspired Pad Thai is prepared with succulent vegetables, rice noodles and a velvety peanut sauce. The exquisite balance of sweet-and-sour, spicy and salty flavours confers its uniqueness. Don’t be surprised if you are asked to share! 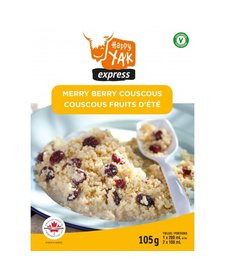 Happy Yak Freeze Dried Meals Merry Berry Couscous
C$3.99
Savour the freshness of summer fruit wherever you are. The merry berry couscous is a real treat. Serve as cereal for breakfast, hot or cold, or as dessert. Try it, you'll love it! Surprisingly fast and easy to prepare, this dish will give you a boost eve 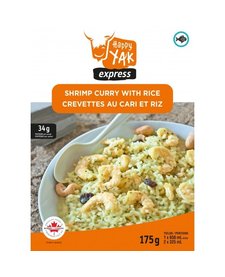 Happy Yak Freeze Dried Meals Shrimp Curry with Rice
C$12.99
A hearty portion of shrimp from the Gaspé Peninsula, in a rich curry and coconut milk sauce flavoured with hot spices: this is the delicacy that awaits you. Rice, cashew nuts and raisins add gusto to this dish. 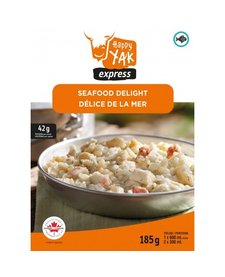 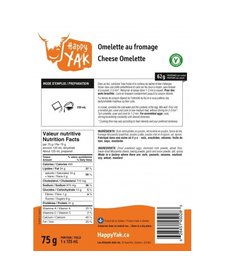 Happy Yak Freeze Dried Meals Cheese Omelette
C$7.89
Gastronomy and the great outdoors go hand-in-hand with Happy Yak pouches, tasty dishes made in Quebec that you can slip into your backpack thanks to freeze-drying, a method of food conservation that consists in freezing food rapidly, then placing it under 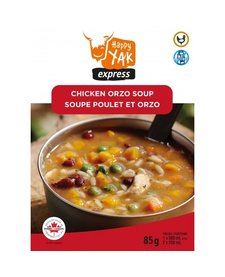 Happy Yak Freeze Dried Meals Chicken and Orzo Soup
C$6.59
Chicken, corn, legumes and orzo pasta spruce up this comforting soup which will fill you up in a jiffy. mmmmmmmmm... a true delight on those grey and dreary days. Indulge in this delicacy rain or shine! 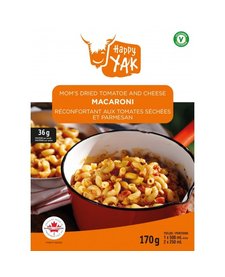 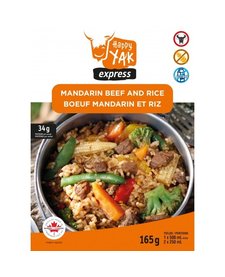 Happy Yak Freeze Dried Meals Mandarin Beef and Rice
C$15.49
One of the most popular! The mandarin beef is full of tender pieces of beef, Asian vegetables such as miniature corn, red peppers, sweet chestnuts, carrots and onions, mandarin oranges and toasted slivered almonds. A wonderful combination on a bed of whi 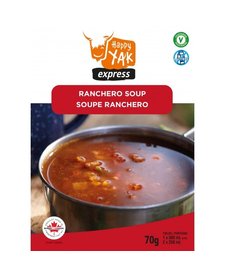 Happy Yak Freeze Dried Meals Ranchero Soup
C$6.19
This all-star soup is inspired by traditional flavours of southwestern United States cuisine. You can almost feel the sun on your skin as you savour this unique, comforting and delicious rendition of one of the authentic culinary delights of this region.