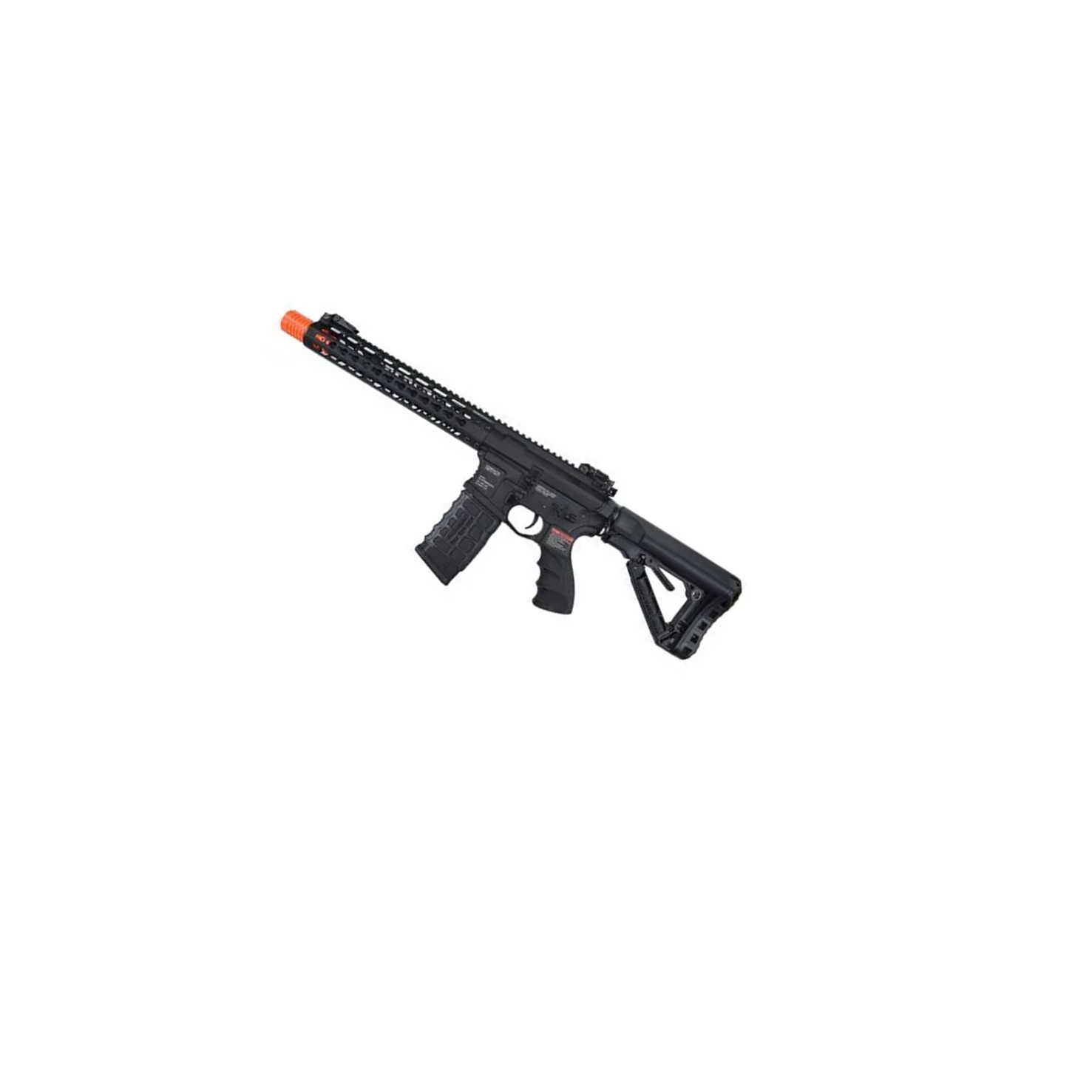 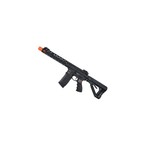 Scare your opponents and let them hear the roar of the G&G Combat Machine CM16 Wild Hog. The airsoft gun has G&G's latest internals for the best set up for an affordable budget. The body of the airsoft gun is made of metal for a more realistic weight and construction. Another great feature of the airsoft gun is its left hand friendly capability with the ambidextrous charging handle, fire selector switch, rear sling mount and magazine release. The ergonomic six position crane stock holds the battery compartment and has a new design rubber pad for extra comfort on shouldering the airsoft gun. Let your opponents be scared of the increased noise from the amplifier flash hider. Additionally, the Wild Hog features a full metal keymod rail system that is known for its light weight compared to most rail systems.

The GC16 has an installed pre-programmed MOSFET chip that is able to stop batteries such as a Li-Po from over discharging and becoming damaged. The MOSFET is also programmable to shoot from full auto to 3-round burst. Additionally, G&G has installed an electronic trigger unit that increases response and assists in preventing trigger burns or locks in rapid semi-auto firing. Look no further for a high quality airsoft gun that fits your needs.