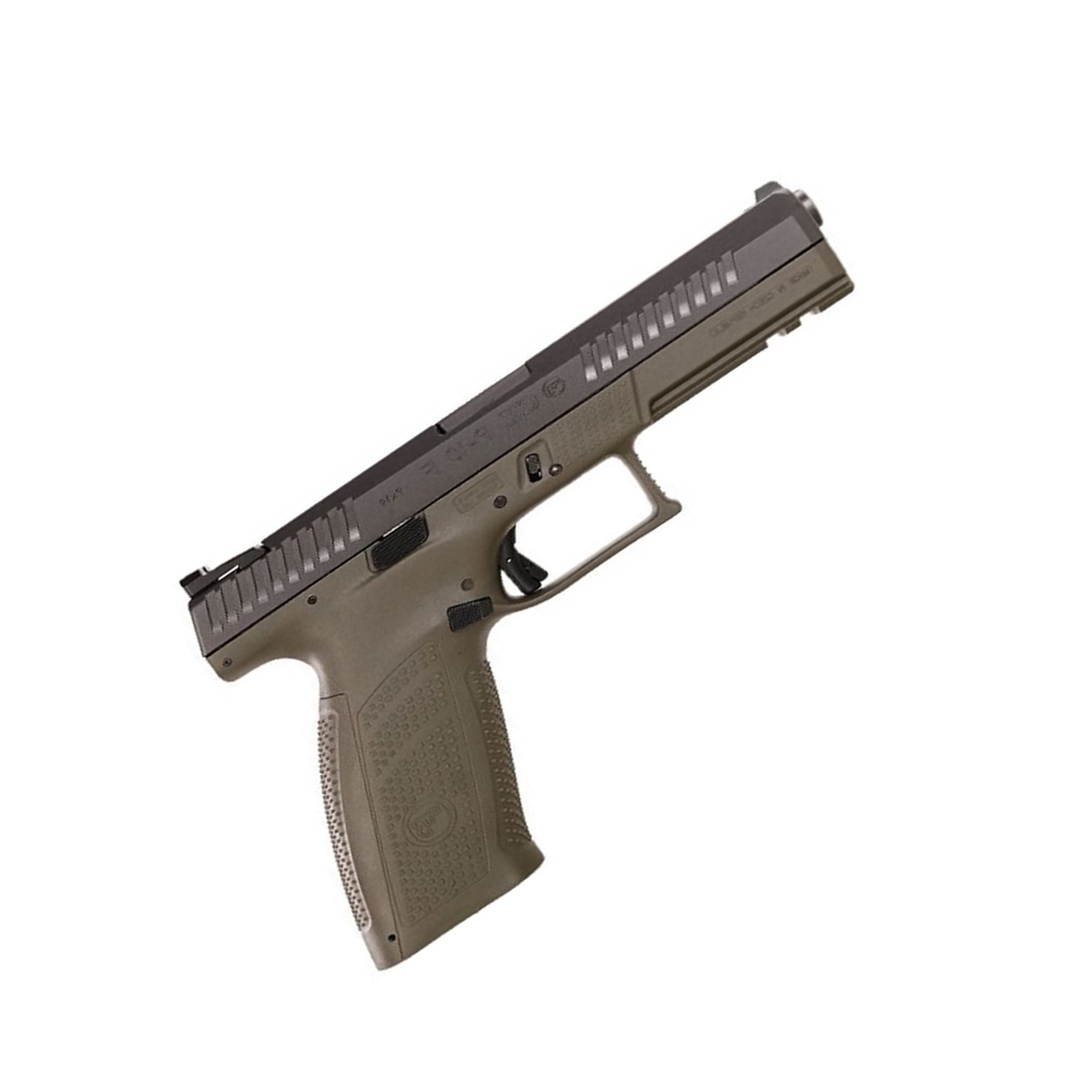 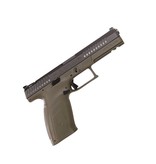 Giving the P-10C a big brother, the F is a full-size model. The P-10F is unsurpassed in the striker-fired world when it comes to flush-fitting mags. The longer slide and barrel bring a better sight radius, meaning it’s even easier to be accurate with. The added weight means it shoots flatter and reduces felt recoil.

One change that happens on both the US-made and Czech-made P-10s is the switch to a swappable magazine release. With a change in geometry, the goal was to eliminate the stiffness some customers experienced as the magazine release broke in, even though it became smooth after some use. This new reversible release requires just a few minutes to swap, allowing the P-10 to remain lefty-friendly.

Much more than just our take on the striker-fired pistol, the P-10 is decidedly CZ, from the way it feels to the way it shoots.

First order of business, ergonomics. Anyone who’s picked up a CZ 75 for the first time gets it — it just has to feel right in the hand. With the CZ grip angle, the P-10 avoids that ‘brick-in-the-hand’ feeling that has plagued many in the striker-fired genre, allowing it to point naturally. A mild palm swell, deep beavertail and three interchangeable backstraps make the P-10 fit a wide variety of hands as if it were built for them. Because it was.

Next up, trigger. So many striker-fired pistols do many things right, falling short when it comes time to pull the trigger. The P-10’s trigger is designed to minimize creep and stacking, and after initial break-in averages a clean 4.5-5 lb. pull and rebounds with a short, positive reset — meaning single shots can be meticulously placed while follow-ups are effortless.

Built to withstand the rigors of military use, its fiber-reinforced polymer frame and hardy nitride finish are made for the daily grind. A generous trigger guard allows use with gloved hands while being undercut to allow as high a grip as possible, and a set of metal tactical 3-dot sights allow for one-handed manipulation of the slide on a belt.

Take-down of the P-10 will be familiar to most fans of striker-fired guns, and even more pleasing will be holster compatibility with some of the most common guns on the market.

It may have taken a while to come to market, but we feel the wait has been worth it. With CZ reliability, engineered ergonomics and a bevy of features both familiar and new, the P-10 is the complete package.